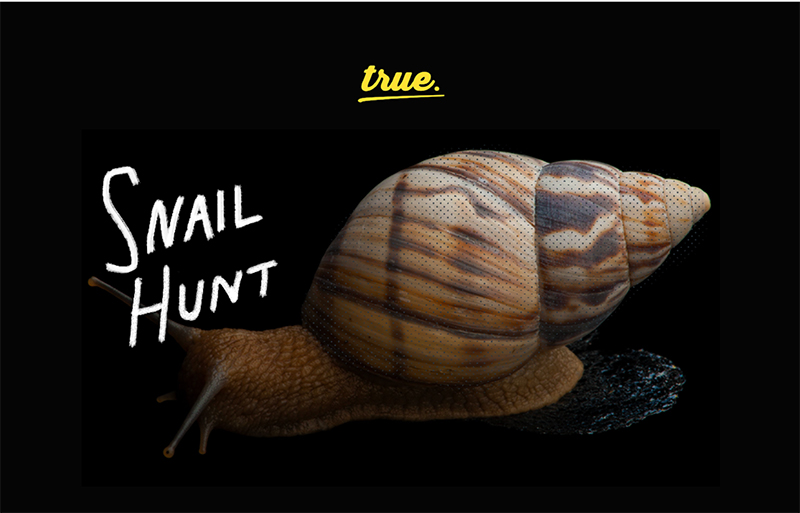 Among the variety of snails to feast on, there is arguably no greater treasure than the wild burgundies. They have a historic pedigree, and have called the fertile terroir near the French Alps home for thousands of years. These slimy darlings enjoy a season that runs from about now through May, but they're tricky to hunt.

After fighting for permits, snail seekers set up camp at night and use sickles to shear open patches of grass down to about four inches. The snails are nocturnal creatures and relish the dew atop the grass. By morning, they have climbed their way up, and become ripe prizes for chefs looking to reinvent them for modern cuisine.

“I call it the gateway protein,” says Doug Dussault, a snail supplier and graduate of Le Cordon Bleu in Paris. “It’s mysterious. It’s adventurous. It’s that next step toward what a lot of the world has already accepted — we need to add bugs to our diet.”

Known as Snail Man, Dussault has long been fascinated with the wild burgundies, also called Roman snails and Helix pomatia. The mollusks once supplied the color for the famous Tyrian Dye of the ancient world, an intense purple that adorned the garments worn by royalty, and their shells were used as an early type of spoon. The healthy snack eased the hunger of early man when food was scarce, and later the roving armies of Napoleon when supplies were far off.

The legacy of snails as a superfood has endured. The nutritious taste bombs of almost pure protein are packed with vitamins and minerals, and nearly lacking in fat. Dussault has eaten snails in onion soups, in sausages (in Chicago), paella (por supuesto), chopped and even packed into ravioli. The former chef especially savors them in his basil and goat cheese omelettes.

Our challenge this week is to partake in a snail feast that celebrates this tiny but potent delicacy. Find them in restaurants or order them in the can; both options are fair game. We recommend the burgundies, but any will do.

The True member or subscriber who sends in the most compelling Snail Feast videowill be rewarded with a can of hand-picked burgundies, and a case of Flemish beer, which monks once used to wash the delicacies down with during Lent (as they counted as neither fish nor meat).